COVID Stories: Brent Hinrichs on Working Through a Pandemic

Brent Hinrichs, Associate Head of School, Director of Lower & Middle School, talks about planning for lockdown and the reopening of school during the pandemic.

The March 9 professional day stands out to Brent Hinrichs, Associate Head of School and Director of the Lower and Middle School, as the day when he truly realized the coming impact of the pandemic. “I knew then that we would need to switch gears,” he said. “We were planning for teachers to work on curriculum mapping during that professional day, but we quickly had to flip those plans to prep. for not being in school. I just didn’t know it would happen that quickly,” he said.

One of the first priorities for Mr. Hinrichs in planning for remote learning was the lower and middle school schedules. “The process was highly collaborative,” he said, “everyone was in high gear. The schedules were circulated to faculty, we had the week of March 9 to work on and finalize the schedule, then Faculty had Monday and Tuesday, March 16 and 17 to prepare lessons for virtual teaching and on Wednesday, March 18 we went remote. Everyone was ready and we continued delivering a strong curriculum to the students,” he said. 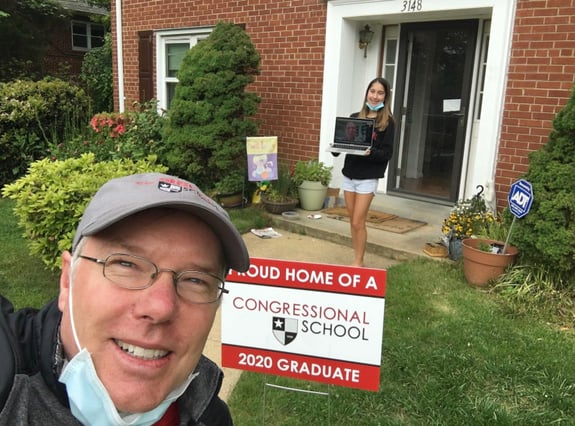 Brent Hinrichs delivers signs to the Class of 2020
during the 2020 lockdown.

As the memories of last year came flooding back, Mr. Hinrichs remembered that planning for remote learning actually began as early as February. “Our tech team started attending faculty meetings to train teachers on Google Meet and Google Classroom,” he said. “I remember telling teachers, ‘Something big is happening. We’ve never been virtual before, so let’s be as prepared as possible’.”

As preparations leading up to remote learning continued, teachers helped students get ready as well. “For the week of March 9, as news was becoming more serious about the pandemic reaching the East Coast, Lower and Middle school teachers were instructed to begin all their classes in Google Meet during that week of March 9,” he said. “Even though everyone was together in the room, they all logged on to a Meet for practice. By engaging in this exercise for every class, if and when remote learning begins, the students would know exactly what to do,” said Mr. Hinrichs.

Although Governor Northam had announced an initial two-week lockdown, Mr. Hinrichs had hunch schools would be closed much longer. “I had no sense this was going to be a short-term thing,” he said. “I felt the longer we kept going, the more likely we were not getting out of it quickly,” he said.

As the weeks rolled along, planning for the new school year got underway with a flexible learning plan that included bimodal learning for students who couldn’t return to school in person or for those that needed to quarantine. “I knew that bimodal learning was the right thing to do,” said Mrs. Hinrichs. “We have an obligation to take care of our families, despite the hard work it might take to deliver on that promise,” he said. “It made teachers’ lives much more complicated and made much more work for them, but our teachers also wanted to take care of their students. That’s what they do,” he said. 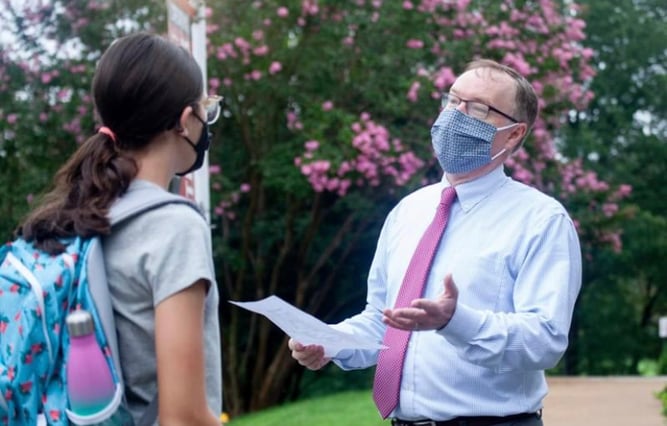 Brent Hinrichs welcomes students back to school in person
for the 2020-2021 school year.

Mr. Hinrichs was one of a team of people who worked all summer to get the campus ready to open in the fall. “I went away for several days on vacation,” he said “but ended up working remotely for most of it. No one had a vacation, really. There were long hours with little time off, but there was no other way if we were going to be ready for the fall,” he said. Planning for reopening turned out to be a mammoth task. “So many questions came up,” said Mr. Hinrichs, “nothing could be done the same way - everything had to flip.’

Working through teacher fears about the pandemic was also something that had to be tackled in order to get the school open. “I’m grateful that our teachers spoke out about their concerns,” said Mr. Hinrichs. “They spoke up and allowed us to plan for a very trying set of circumstances. At the end of the day, the school was going to open and we wanted them here with us,” he said.

How worried was Mr. Hinrichs for his own safety at school? “I felt pretty relaxed,” he said. I’ve never been someone that worried too much about getting sick and I continued to work at school all through the lockdown, it was quiet at school from March to June,” he said. “The workdays were long, going to 6 or 7 at night, even 8,” he said. “My wife and kids were home and I wanted to work without interrupting what they were doing.”

As he reflects on the past year-and-a-half, Mr. Hinrichs thinks about what he has taken away from living through the pandemic. “As a community, I believe we learned we are much stronger and more resilient than we realized,” he said. “We are a community of people with a similar outlook. We all care and we have kept things going.”

He also noted the community’s ability to adapt to change. “There were so many changes. We are no longer afraid of the prospect of change. When people propose new ideas I believe we will be more willing to listen and open to possibilities,” he said. “The students have been incredibly adaptable,” he noted. “They’ve been willing to just go with it, and are open to change as well. We should be so proud of them!”

When asked for any last thoughts, he replied simply, “We did it! We made it!” 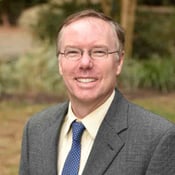 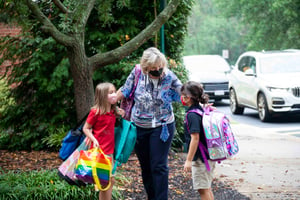 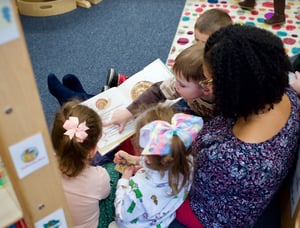