In the following article, Julia '13 reflects on a number of topics, and discusses the impact of her Congressional School education, her leadership roles in high school, and what the future has in store.

Julia Phaltankar’s eleven year academic career with Congressional School began in 2003 as a Preschool student. She was highly engaged in school life, assuming leadership positions including lead roles in school musicals, as Co-President of the Student Council, and participating on Junior Varsity and Varsity athletic teams.

After graduating from Congressional, Julia matriculated to St. Stephens and St. Agnes School, where she continued to be greatly involved in school life. She was Co-President of the Student Business Association, played Varsity sports and pursued an interest in civic engagement and government that led to a two-year leadership role with Inspire Virginia, a program aimed at promoting civic engagement among high school juniors and seniors.

Considering that Congressional was where I spent the majority of my key, developmental years, I credit the school with many of the skills and qualities I value most about myself as a student and person. Academically, Congressional set a strong foundation for my writing abilities, and I think that by having such a leg up, I have been able to succeed not only in writing papers, but even in applications and simple emails to college representatives and employers.

Socially, Congressional instilled in me a rich appreciation of international cultures and a sense of global awareness. Today, since we live in a society that is more interconnected than ever before, it is imperative that we analyze issues, whether they are international or domestic, with a global perspective. Congressional gave me a strong foundation to extensively build upon this idea in high school.

I remember when Congressional first introduced Speech & Drama into Middle School, I didn’t see the value in it and public speaking was by no means one of my strong suits. With that said, I am so unbelievably grateful for all those classes over the years! The little notes Mr. Bowley gave us, such as to speak slower when presenting and to make frequent eye contact, combined with the practice that other teachers at Congressional would provide us, allowed me to gain a fair amount of experience before high school. In high school, my public speaking skills have benefited me in areas that extend well past the classroom, such as my involvement in the Student Government Association, my internship this past summer, and the senior chapel talk I gave this past fall during our weekly chapel.

To be frank, my athletic career at Congressional was marked largely by losses than wins. With that said, though, this trend helped me learn that the fun I associated with sports was not solely derived from winning; rather, it was from playing the game I loved with a team that had the common goal of improving. I think this mentality helped me transition from the JV to Varsity teams at St. Stephen’s and eventually as a team captain for both basketball and volleyball. Secondly, by having sports immediately after the school day, Congressional not only mimicked what it is like to be a student-athlete in high school but allowed me to develop necessary time management skills, making sure to account for games and practices and homework.

I enjoy being a voice for the student body [at St. Stephens and St. Agnes School], and the unique privilege of having a close relationship with the Head of School, Dean of Students, and Director of the Upper School. With this relationship, I am truly empowered to have a stance on school issues as they affect my peers and to serve as a liaison between the Administration and the students. Further, when assuming such a high leadership role, I automatically become involved in all facets of school life. When it comes to a community that I love and want to see thrive, why wouldn’t I want to be as involved as I could possibly be?

During the summer after my sophomore year, I was selected to attend the Virginia Governor’s School for Humanities where I took a class called Civic Engagement In the 21st Century. It was there that Inspire Virginia, a non-partisan organization dedicated to registering youth to vote, encouraged all of us to apply for their new Virginia cohort. I’ve been part of the organization my junior and senior year, and as a school team, we’ve registered 80% of my school’s senior class and even registered some teachers as Virginia voters. As a Virginia cohort, however, we’ve registered over 1500 new Virginia teen voters! Even though it’s been extremely rewarding to make a quantifiable impact on my future, I don’t think I’ll pursue politics professionally. It will, always be a passion of mine though, and I will be sure to turn out for all elections! With that said, I think one way that Inspire Virginia will carry over into the life I hope to lead is that I want to make an impact on underrepresented communities, particularly those with limited access to necessary resources.

Mr. Cavanaugh has been one of the most knowledgeable, caring, and hilarious teachers I’ve ever had, and I think he definitely set the bar high for the quality of our work; I think all of the teachers at Congressional did. Congressional is a unique environment in the sense that I had most of my teachers in consecutive years, and I still had the opportunity to see teachers that I had three, four, even five years prior.

I’m still in touch with many of my friends from Congressional, and there are a few of which I can still call my best friends -- even after 13 years. Even though none of us attend the same high school, we make an effort to meet whenever we can, and I think the friendships I’ve made during my time at Congressional will follow me wherever I go.

As of now, medicine is my current trajectory. I’m not sure if I want to practice medicine or remain on the business side of it, but I do know that my goal is to open medical clinics in underserved international communities. With that said, I also have a wide range of interests that I have yet to fully explore, so my career path could completely change. I do know, though, that I would like to be fluent in Spanish, Chinese, and German. 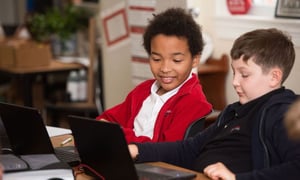 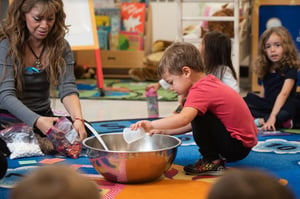 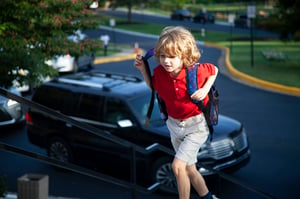