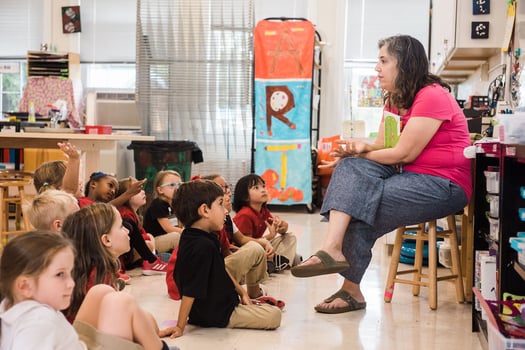 In kindergarten through fourth grade, art assignments are regularly inspired by a variety of artists, styles, and media. Using March Madness style matches and brackets, students learn about an even more diverse group of artists. In the third year of this competition, artists were chosen from various art careers and back grounds.

I chose 16 artists in eight categories: painters, potters, graphic designers, architects, installation artists, portrait painters, sculptors/mixed media, and artists who use dogs in their work. I introduced each work and artist, highlighting artists’ themes and processes. Each student participated by raising a hand to vote for the preferred artwork, while we were at school. 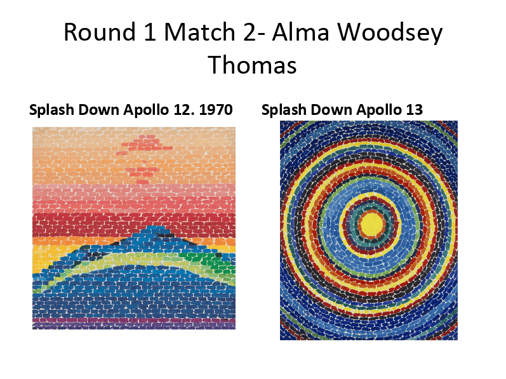 The first round of slides compared two works by the same artist. The next matched artists within the same genre. From there, the rounds became more difficult match-ups of now familiar artworks, challenging students to decide which piece was preferred. At home, second, third, and, fourth graders continued to vote on their Chromebooks until the Final Two match. All of my students then had the opportunity to choose their favorite artwork through our live Meet classes.

The Final Two artworks were a teapot created by Richard Notkin, a cutout from a sidewalk with two dogs on top, sewer pipes for the handle and a fire hydrant for the spout, versus Liza Lou’s life sized Kitchen installation, covered entirely in beads, created over a five year period. Overwhelmingly, students chose Liza Lou to be the winner of M-Art-ch Madness, due to her creativity and perseverance. 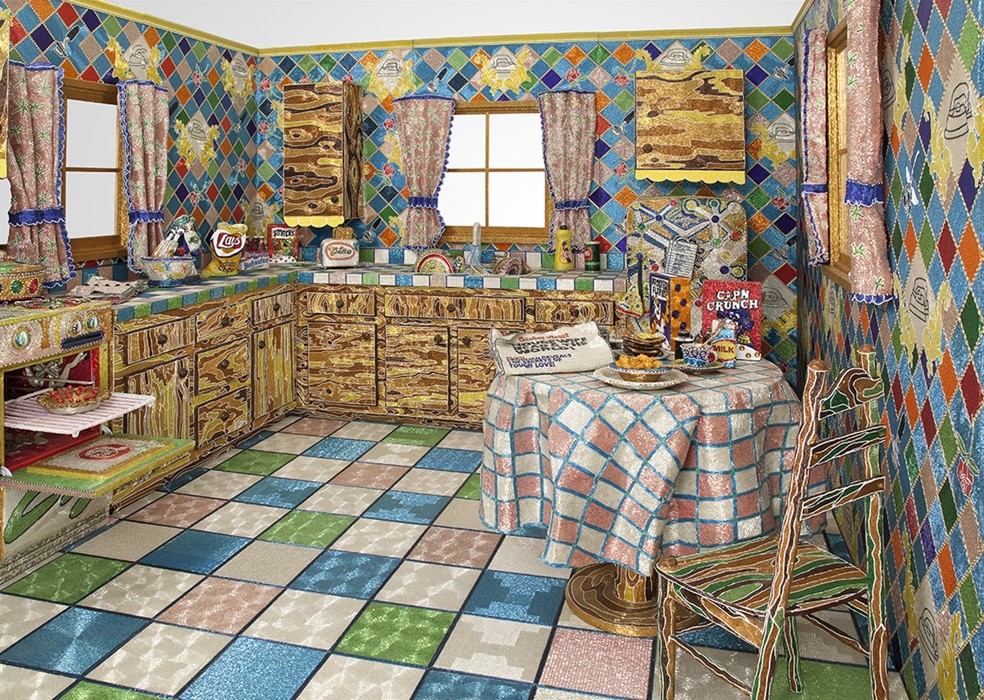 Students look forward to learning about new artists and being able to voice their opinions about artworks. Just a few minutes in the beginning of class, opens their eyes to different forms of expression, career options, and the diversity of artists and their styles. Next year will be a whole new set of artists and work to inspire students. 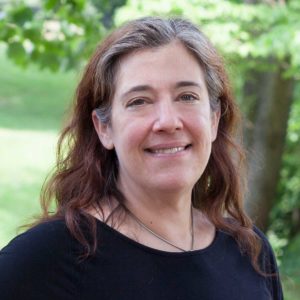