COVID Stories: Diana Ochoa on Teaching During a Pandemic

When Spanish Teacher, Diana Ochoa (Preschool-Grade 4) learned that school was going remote due to the pandemic the first thing she did was panic. “I couldn’t imagine how this was going to go,” she said. “We really need the connection to our kids, I was panicking wondering how I would make it work,” she said. 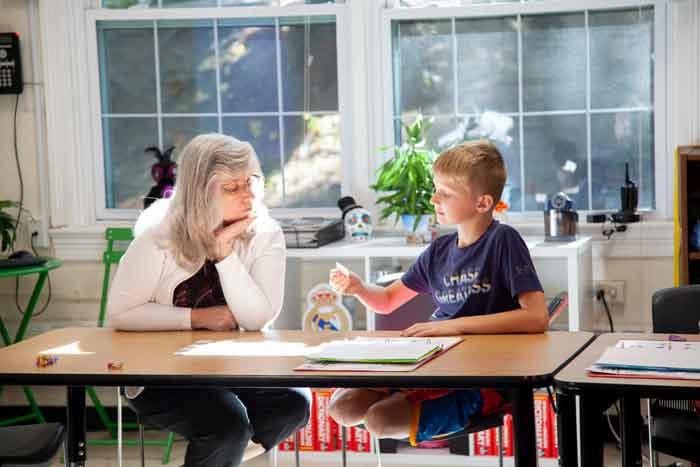 She did make it work. She created a mix of videos and recorded herself reading stories. As someone who doesn’t enjoy being in front of the camera, that was a challenge in itself. “It was very hard for me,” she says, “because I hate being on video.” She also held live classes once per week. “I had to really think about the classes, especially for the younger students. How would I keep a three-year-old engaged for a full 30-minutes in front of a screen?” She started compiling resources to help her, including a series of stories created by Georgia Public Broadcasting which she used to supplement her teaching.

Right before lockdown, her husband planned a 5-day trip to his home in Guatemala. “I warned him,” she said. “I told him he was likely to get stranded there and he did.” Sra. Ochoa’s husband didn’t make it back to the U.S. until June! “It worked out alright,” she said with a big laugh. “I had the place to myself with our pets and I was just fine.”

Unlike many of her co-workers, Sra. Ochoa was jubilant about the idea of coming back in person. “I wasn’t afraid at all,” she said. “I was so happy. I would have done anything to be back in person. Despite the challenges, being here is so much better than anything else we could do. I don’t think I could have sustained the alternative,” she said.

When she returned to the classroom, there was still an adjustment due to so many constraints. Singing plays a big part in Sra. Ochoa’s teaching methods, and not being able to sing was difficult at first. “I’ve found work-arounds and we still use songs to learn. I’ve found songs that we can dance to and that offer opportunities for movement.”

Food has always had a big role in her teaching about culture and that has also had to be modified this year. “Some of the students were looking forward to doing things like making sugar skulls for Día de los Muertos and it’s so hard to see their disappointment when I tell them we can’t do it,” she said. “That feels so sad to me, but I’ve supplemented with more crafts and taken the students outside as much as I can.” The constraints of the classroom during COVID and the need to social distance, especially indoors, limits the opportunity for students to work with partners. So Sra. Ochoa has jumped at the opportunity to take her students outside. “The children love the outside learning activities and have so much fun. This year, more than ever, it was important to me that the children have fun. They really need it.” 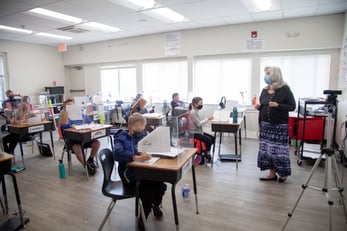 Teaching both in-person and bimodally has added to her workload this year. “I have to basically teach two lessons simultaneously,” she said. “What works for the students in class, often doesn’t work for the bimodal students, so I have to make sure they are also engaged. It is a very different teaching style.” Another challenge to teaching bimodally, has been preparing the lessons at least a week ahead. “The early release days for extra planning time have been so much help.”

Silver Linings
With a long commute from Rockville each day, the lighter traffic has definitely been a silver lining. “The traffic is beginning to pick up again,” she said. “But not having all the traffic to deal with has been wonderful.”

She also notes that while teaching during a pandemic has been challenging, she has become focused on the things that are most important. “I feel lucky to work in a school where teachers can be flexible. Having the freedom to be creative in how I reach my curriculum goals is great. As long as we achieve our goals, how we get there is up to us, and that allows for so much creativity,” she said. 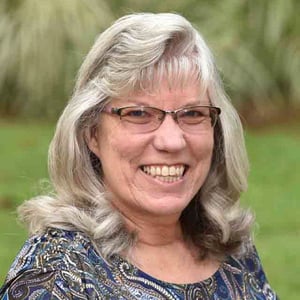